Recently there have been several discussions around messengers who proclaim themself to be God in human form.

The Internet and You Tube are full of people who either genuinely seem to believe they are the present human incarnation of God, or eise think it's a good scam to count bucks. (Material provided on request)

Does anyone have thoughts about new Messiahs?
Last edited: Oct 9, 2022

What's the attraction? Why do we want new messiahs to follow?

What is the psychology to make a person believe they are the human incarnation of God?

RJM said:
What is the psychology to make a person believe they are the human incarnation of God?
Click to expand...

Could be several reasons..
Mental illness is quite common, or as you say scams .. or messing/trolling and so on.

The Messiah Complex obviously isn't a new thing, it started even before The Naz. Personally, I find most clergy to be delusional as well.

There'd be no messiahs if there were no need.

The kind of messiah is a reflection of the psychological wellness of the culture.

I agree with Thomas on this. I once had a friend who was active in a left-wing group. He told me that a mutual acquaintance of ours had been ejected from this party. His crime was that he was known to be a member of a "UFO group" and regularly distributed their leaflets.
I thought at first that they were being unfair to the man but it was explained to me that the UFO group's policy was that the world is in a mess and we cannot (or we will not) do anything about it. Somebody else will do this for us, and it will be wonderful.
I guess that is the basis of belief in Messiahs, be they Gods, humans, or aliens.

Perhaps some people are so 'defeated' by the ego clamour of their own minds that they welcome some new human incarnation of God to tell them what to think -- it makes life easier all round, and also provides the self satisfaction of a life well lived dedicated to spreading the real truth?
Last edited: Oct 18, 2022

A not-so-recent "new messiah" figure I find fascinating is the 17th century Shabbatai Zevi, who caused quite a bit of upheaval in the Jewish world of the time. There is a fairly good Wikipedia article giving the story and some background information.

So this was a "genuine" pretender for the title, insofar as he and his followers directly referred to the Jewish concept.

Looking back across the centuries, it is not possible to give a psychological diagnosis, but people have pointed out how his mood swings, his actions, and his charismatic glamor can be understood as congruent with bipolar disorder.

In my opinion, the appeal of such figures often lies in a combination of a charismatic figure telling their followers how the source of their own happiness lies within themselves, with external factors downplayed or denied. Thus, when external factors are oppressive or restrictive or otherwise unbearable, to be told that one only has to find the faith within oneself that everything will be all right and external factors will miraculously take a turn for the better - that is a powerful combination. This understanding also fits well with the large numbers of saviour figures and gurus in the self-help and self-improvement scene.

This is not to say that one should not work on oneself, or that teachers are all the same, or that external factors determine everything. None of that is true, in my experience.

An interesting guy, presenting himself as the original Jewish Messiah, and so no 'piggyback' on Jesus's legacy and no self-reference to himself as a neo-Jesus incarnation -- no reference to Jesus at all.

He switched to Islam -- that or be impaled -- and his believers stayed with him. Perhaps followers invest so much of themselves it becomes difficult or impossible to let go: "Seems I could have been mistaken"

Of course there have always been charismatic personalities who attract followers, not only in the 'faith' game. Alexander the Great believed himself to be the incarnation of Ammon-Ra (Zeus) as confirmed to him by the oracle of Delphi, I think?
Last edited: Oct 18, 2022

Vissarion: Is this Russian cult leader a fraud?​

The City of the Sun is home to a mysterious Russian cult known as the Church of the Last Testament. Its leader Vissarion used to be a traffic cop but now believes he is the second coming of Jesus Christ.

Last September armed security officers stormed the City of the Sun and arrested Vissarion and two of his closest aides. They have been accused of embezzling funds from Vissarion’s followers and physically or mentally abusing them.

BBC Russian’s Nataliya Zotova travelled to Siberia to find out more about what happened. 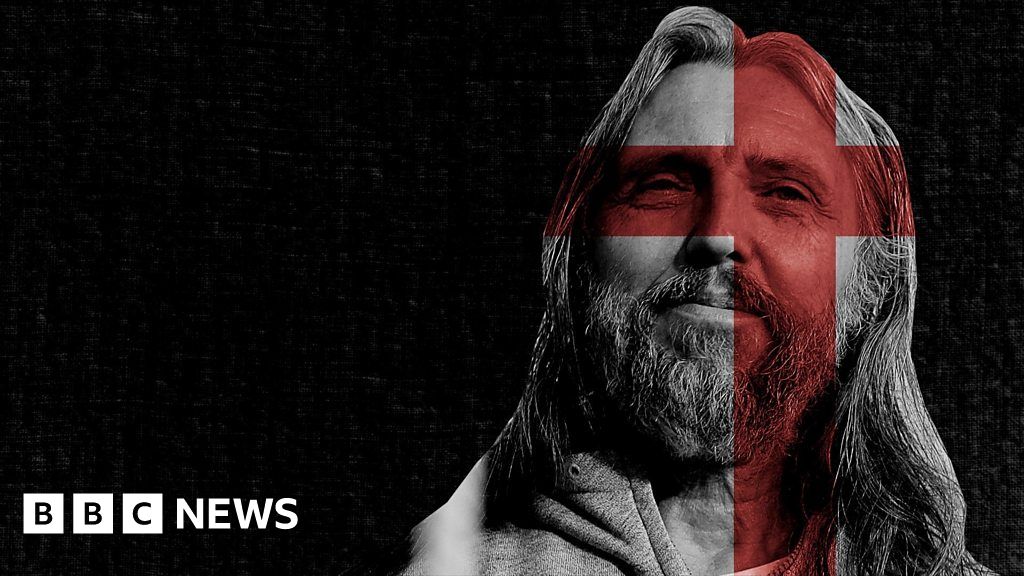 Long watch: Is this Russian cult leader a fraud?

A mysterious Russian cult leader is accused of embezzling followers' funds and abusing them.
www.bbc.co.uk

There's a lot more about him on the internet ...

RJM said:
Of course there have always been charismatic personalities who attract followers, not only in the 'faith' game. Alexander the Great believed himself to be the incarnation of Ammon-Ra (Zeus) as confirmed to him by the oracle of Delphi, I think?
Click to expand...

Didn't know that, even if I knew about the Delphi event. I just never realized what that meant about him.

Cino said:
Didn't know that, even if I knew about the Delphi event. I just never realized what that meant about him.

I am mistaken. He did visit the Delphi oracle, but this was a meeting with the oracle at Siwa.  And Alexander identified not as Zeus himself, but as the Son of Zeus, Here's an article:

"Once they reached the Oasis, Alexander was immediately guided to the the Temple of the Oracle, where he was greeted publicly by the high priest. This greeting was a significant moment, as it may have been used to justify Alexander's later claims to be the son of Zeus-Ammon.

In Plutarch's version, Alexander was welcomed to the Temple by the high priest "on the god's behalf as a father greeting his son" (27). Curtius also says the high priest greeted Alexander as son, and explained to him that this designation was given by his father Jupiter (Zeus)" (4.8.25) ..."
Last edited: Oct 20, 2022
P

RJM said:
Does anyone have thoughts about new Messiahs?
Click to expand...

My thoughts are look to the signs of what the bible actually says, because it verifies the true messiah and tells stories and objections to what to expect from a false messiah. How do we spot a real from a fake, the seal of approval and genuine appeal.

Prycejosh1987 said:
My thoughts are look to the signs of what the bible actually says, because it verifies the true messiah and tells stories and objections to what to expect from a false messiah. How do we spot a real from a fake, the seal of approval and genuine appeal.
Click to expand...

Using a book to prove the book is a tad circular

Does anyone have thoughts about new Messiahs?
Click to expand...

I followed someone who I believed was God-incarnate.
The main reason as to why I was attracted was because he claimed that he has "knowledge of God/Truth" and can show it to people.
(At that time(1973ish), when I first heard about it, I was living in Israel and had just come out of a war, realising that death can come at any time to anyone.
My religious knowledge was mainly Judaism(my upbringing). I was also somewhat familiar with Islam, Christianity and Bahais.(NB no internet, so no knowledge of Dharmic or Pagan religions).
So, I was very impressed when he claimed that he could show me God/Truth directly. No beliefs were necessary.
I'd never seen that claim before.
So, I went to receive this knowledge, which took the form of an initiation into meditation techniques, which supposedly only one person on the planet had the authority to give. This person was the Master/Saviour of the age.
At the close of the initiation we had to prostrate completely to his picture and make a vow of dedication, 3 times.

The techniques blew my mind(at the time). I experienced things completely new to me. I was convinced that this is The Truth.
So, I stayed for 23 years believing I was following 'The Living Lord'.
When I came online 1995, I propagated like mad until I saw clearly that the techniques were well known and taught by numerous teachers/gurus both spiritual and secular. By 1997 I was out.

So, I hope I have presented some insight as to why these New Messiahs are attractive. It is the appeal to have a living teacher/master.

Thanks for your insight, @Craz !

Messiahs can be of many kind. Narcissist, schizophrenics, megalomaniacs, They may be after money, sex or power over their followers. They may be entrepreneurs and would hand over the control of their organizations to their sons or other descendants. In India, we also have a class of businessmen messiahs who are influence peddlers, getting jobs for people, making contracts possible, laundering illegal money, foreign exchange dealers, basically all things illegal.

Are the messiahs true. Impossible for an atheist like me, since I do not even believe in existence of God.

Aupmanyav said:
In India, we also have a class of businessmen messiahs who are influence peddlers, getting jobs for people, making contracts possible, laundering illegal money, foreign exchange dealers, basically all things illegal.
Click to expand...